​​Dennis Okerstrom is establishing himself as one of the leading scholars of the American combat aviation experience in World War II. As an academic and an experienced pilot, Okerstrom brings a unique blend of skills to this topic.

With the 100th anniversary of his birth on September 7, 2015 Dick Cole has long stood in the powerful spotlight of fame that has followed him since his B-25 was launched from a Navy carrier and flown toward Japan just four months after the attack on Pearl Harbor. 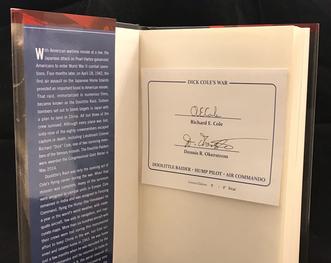 Crew #1 Signed Photograph
(Signed by Dick Cole on chest)
$74.95 Shipped (US Orders Only)

Comes with BAS Certificate of Authenticity

I was just doing my job. 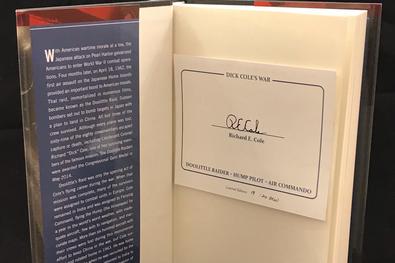 Portion of the Proceeds from each signed item go directly to the Doolittle Tokyo Raider Scholarship Fund.

Legal disclaimer: Prices and product availability are subject to change without notice. 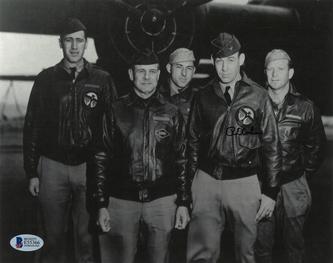 The Doolittle Tokyo Raiders’ Board of Directors announces the establishment of the General James H. Doolittle Scholarship Fund with the Communities Foundation of Texas to honor their leader in perpetuity.