Dennis R. Okerstrom is a professor of English at Park University, a certified flight instructor, and the author of four previous books including two published by the University of Missouri Press: The Final Mission of Bottoms Up: A World War II Pilot's Story and Project 9: The Birth of the Air Commandos in World War II.  He owns and flies a restored 1942 Army Scot plan and is the recipient of numerous awards for scholarship and teaching.  He lives in Independence, Missouri.

​The Birth of the Air Commandos in World War II 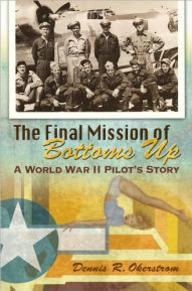 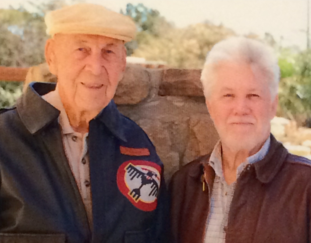 With the 100th anniversary of his birth on September 7, 2015 Dick Cole has long stood in the powerful spotlight of fame that has followed him since his B-25 was launched from a Navy carrier and flown toward Japan just four months after the attack on Pearl Harbor. In recognition the tremendous boost Doolittle’s Raid gave American morale, members of The Tokyo Doolittle Raiders were awarded the Congressional Gold Medal in May 2014.

Doolittle’s Raid was only the opening act of Cole’s flying career during the war. When that mission was complete and all of the 16 aircraft had crash-landed in China, many of the survivors were assigned to combat units in Europe. Cole remained in India after their rescue and was assigned to Ferrying Command, flying the Hump of the Himalayas for a year in the world’s worst weather, with inadequate aircraft, few aids to navigation, and inaccurate maps. More than 600 aircraft with their crews were lost during this monumental effort to keep China in the war, but Cole survived and rotated home in 1943. He was home just a few months when he was recruited for the First Air Commandos and he returned to India to participate in Project 9, the aerial invasion of Burma.

On November 18, 1944, the end of the war in Europe finally in sight, American co-pilot Lieutenant Lee Lamar’s B-24J Liberator Bottoms Up crashed after being hit by German fire. He was captured the next day and spent the rest of the war as a prisoner at a stalag on the Baltic Sea. More than sixty years later, Croatian archaeologist Luka Bekic discovered the wreckage of the plane and felt compelled to find out the crew’s identities and fates. This absorbing, alternating account chronicles the story of the young men who flew Bottoms Up on her final mission, of Lamar’s trip back to the scene of his recurring nightmare, and of a remarkable convergence of international courage, perseverance, and friendship.

The Final Mission of Bottoms Up:

Project 9: The Birth of the Air Commandos in World War II by Dennis R. Okerstrom is a thoroughly researched narrative of the Allied joint project to invade Burma by air. Beginning with its inception at the Quebec Conference of 1943 and continuing through Operation Thursday until the death of the brilliant British General Orde Wingate in March 1944, less than a month after the successful invasion of Burma, Project 9 details all aspects of this covert mission, including the selection of the American airmen, the procurement of the aircraft, the joint training with British troops, and the dangerous night-time assault behind Japanese lines by glider.​ 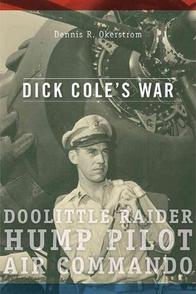 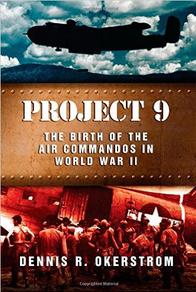